The NSW Government and the people of NSW paid tribute to commemorate the life and service of Her Majesty Queen Elizabeth II.

NSW paid tribute to Her Late Majesty with following observances.

The Prime Minister announced the National Day of Mourning on 22 September 2022 would be recognised as a National public holiday. The day coincided with the National Memorial Service in Australia. One minute's silence was observed on Sunday 11 September at 11:00am.

The State Funeral for Her Late Majesty took place at London’s Westminster Abbey at 11:00BST on Monday, 19 September.

The sails of the Sydney Opera House were illuminated in honour of Her Majesty Queen Elizabeth II.

As the State and Nation mourned the passing of Her Late Majesty, her image was displayed on the sails of the Sydney Opera House each night for the full national mourning period, until Thursday 22 September. 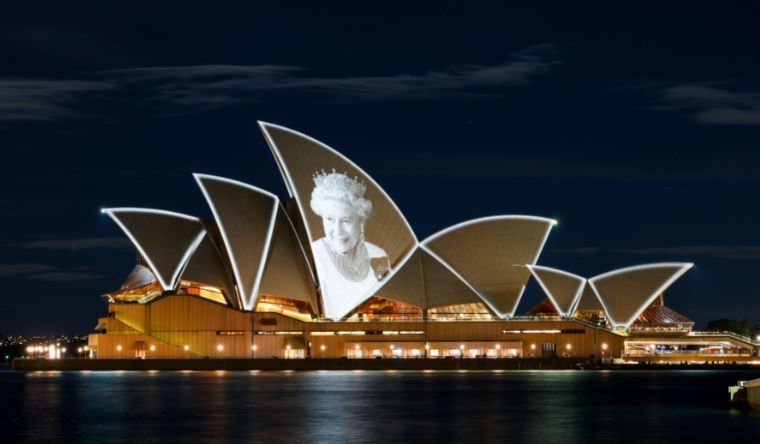 Read more about NSW tributes in honour of Her Majesty Queen Elizabeth II.

The Australian National Flag was flown at half-mast from Friday 9 September 2022 until Tuesday 20 September 2022. Direction was provided to raise the flag for the proclamation.

On Friday 9 September, the bells of the GPO clock tower, Town Hall and St Andrews tolled every 10 seconds for each year of the Queen’s life (96 times).

Upon the death of The Sovereign, the Governor and the Premier wrote letters of condolence to the new Sovereign and other members of the Royal family.

How the community paid tribute

Messages of condolence were recorded online via the Department of the Prime Minister and Cabinet and the Royal Family website.

Members of the public were able to sign the condolence book at Government House Sydney. The final day to sign the book was Monday 19th September 2022.

Floral tributes were laid at the Royal Botanic Gardens near the gates of Government House Sydney.

This location was chosen because Government House Sydney is the home of the Governor of NSW, the Sovereign’s official representative in NSW.

The Royal Family noted that instead of leaving floral tributes, Australians may wish to consider making a donation to a charity of choice. 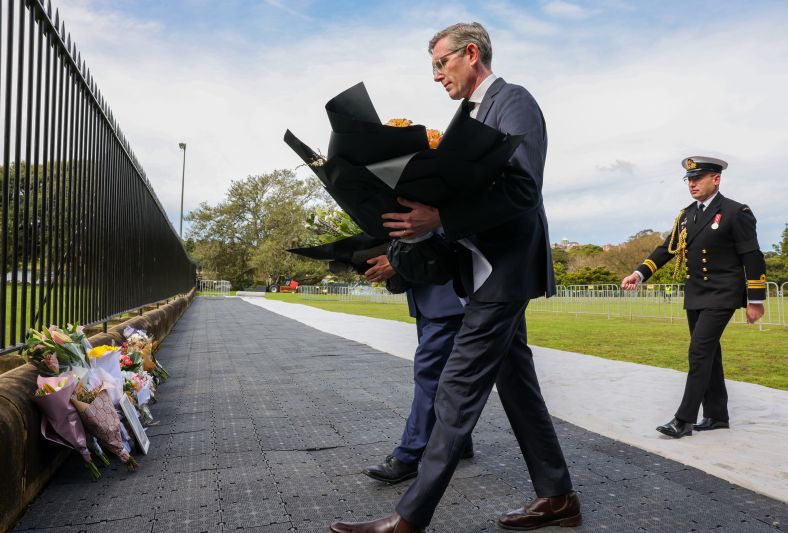 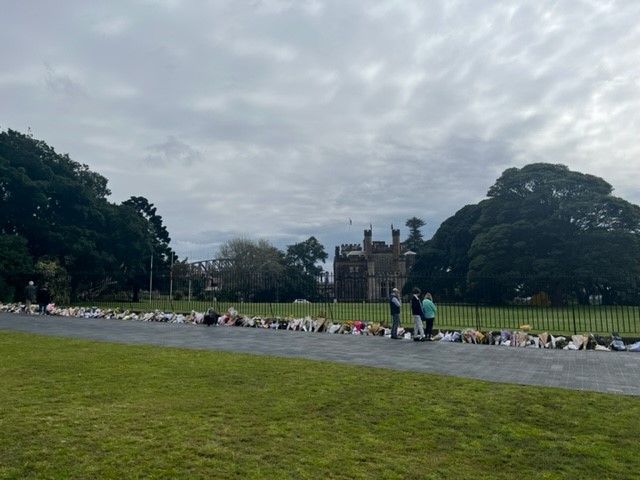