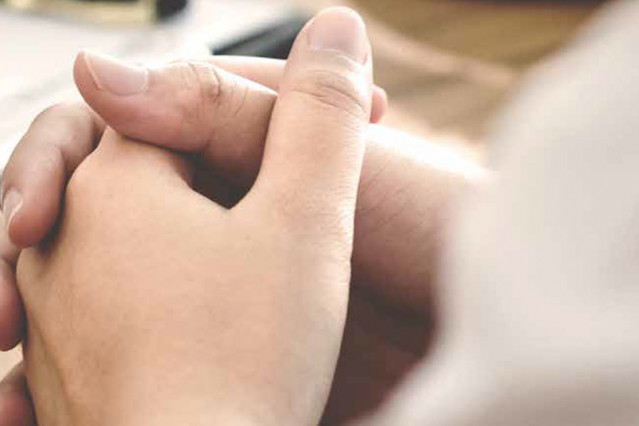 Reducing rates of domestic and family violence in NSW is a Premier’s Priority. To address this complex behavioural problem, we worked with the Department of Justice to improve court attendance for recipients of Apprehended Domestic Violence Orders (ADVOs).

In order to do this, we used an RCT to test the efficacy of a text message to improve court attendance.

Out of a large pool of defendants, one group was randomly selected to receive SMS reminders for their upcoming court attendance. The other BAU group did not receive them. We compared the groups to see if the SMS improved court attendance.

Since 2014, the NSW Behavioural Insights Unit (BIU) has partnered with the Department of Justice to test the application of behavioural insights to address the complex behaviour of domestic violence reoffending. Central to this effort have been initiatives aimed at increasing compliance with ADVOs. Following the implementation of the Plain English ADVO in 2016, BIU shifted its focus to the ADVO life cycle, looking at ways to improve compliance with ADVOs through greater engagement with court processes.

Under NSW law, police or a person can seek protection from domestic violence by applying to court for an ADVO. Once an application is made, the defendant is required to appear before a magistrate to determine if a final ADVO should be made. If the ADVO application is contested, the defendant may be required to attend court on multiple occasions to have the matter heard. During this process, the police or the magistrate will usually issue an interim order before a decision is made on whether to issue a final order.

Defendant engagement with the court process is an important part of enabling judicial efficiency and expediting protection for victims. On average, 18% of domestic violence defendants do not show up to their ADVO listing. Not attending court can impact court and police resources and may cause additional stress for victims. For example, when a defendant does not show up to court, the matter may be adjourned, leading to additional court listings. By attending court, perpetrators might better understand and agree with ADVO conditions.

BIU partnered with the Department of Justice and the NSW Police Force to run an RCT to determine whether text message reminders improve court attendance, and reduce breaches and reoffending. The trial was a two-pronged RCT design:

It was implemented across five local courts — Bankstown, Blacktown, Fairfield, Mt Druitt and Toronto — from 30 May 2016 to 1 January 2018.

Our total sample size (BAU and intervention) was 4,388 ADVO recipients who had 8,314 court appearances. Altogether, 49% of people were in the intervention group, and 51% were in the BAU group. Of our entire sample, 83% were men and 11% were Indigenous.

While the primary aim of the trial was to reduce court non-attendance, we were also interested to see if the intervention could have an impact on reducing breach rates and reducing domestic violence reoffending.

We found that the SMS reminder produced a significant increase in court attendance.

There was also a significant reduction in the average number of court listings that were scheduled for each defendant. The BAU group had an average of 3.3 appearances, compared with the intervention group, where the average case had 3.1 appearances (p = 0.005).

Additionally, we observed that the reminder caused a significant reduction in the time taken to finalise each court case. In the BAU group, it took cases 74 days on average to finalise, compared with 69 days in the intervention group (p = 0.049).2

We also observed a modest difference in domestic violence reoffending between the two groups. In the BAU group, 5.7% of individuals committed another domestic violence offence within six months of their court appearance, compared to the intervention group, where 5% reoffended. However, this difference is not substantial enough to be deemed statistically significant (p = 0.397).3

Similar to the reoffending rate, we observed a slight difference in breach rates within six months. In the BAU group, the breach rate was 11.9% compared to 10.4% in the intervention group. Again, this difference was not statistically significant (p = 0.16).

When data is available, we will retest whether there has been an impact on reoffending and/or ADVO breaches within a 12-month period.

We are currently working with the Department of Justice to scope options for potential applications of the intervention, and possibly a further trial to test whether alternative forms of behaviourally informed messaging can further improve court attendance for domestic violence defendants.