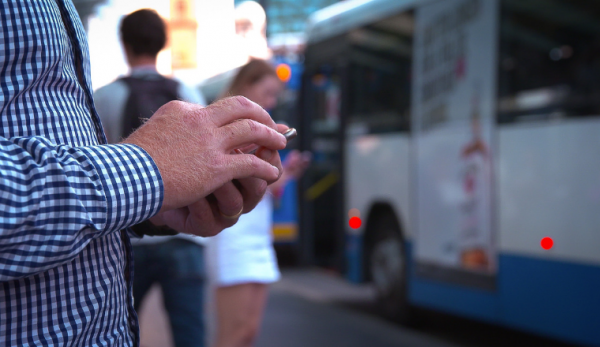 People usually only found out that their train, bus, light rail or ferry was delayed or cancelled when it was too late to make other arrangements.

What the NSW Government did

Since 2012, Transport for NSW has been making real-time data available to third parties for the development of smartphone apps. Now, comprehensive real-time train, bus, ferry and light rail information is available to customers via a range of apps.

As of May 2018, rail customers can see the capacity of Sydney train carriages for an approaching service. This complements real-time bus occupancy data from Opal tap-on and tap-offs, which was made available in October 2016.

Examples of real-time apps include NextThere, TripView, TripGo and Anytrip, while apps like Stop Announcer and Metarove include accessibility features for customers with limited mobility or hearing impairments.

Public transport users can now plan their trip from door-to-door, track their services in real-time, check the space on their next bus or train, get transport accessibility information using their smartphones or tablets, and choose the best transport method if there is a disruption.

As of November 2018, real-time NSW public transport apps have been downloaded more than seven million times, with customers accessing data from apps 170 million times per month.

Find out more about the Transport for NSW apps