In an historic moment for our State, a new law making it a criminal offence to knowingly display a Nazi symbol in public without a reasonable excuse, has passed Parliament today. 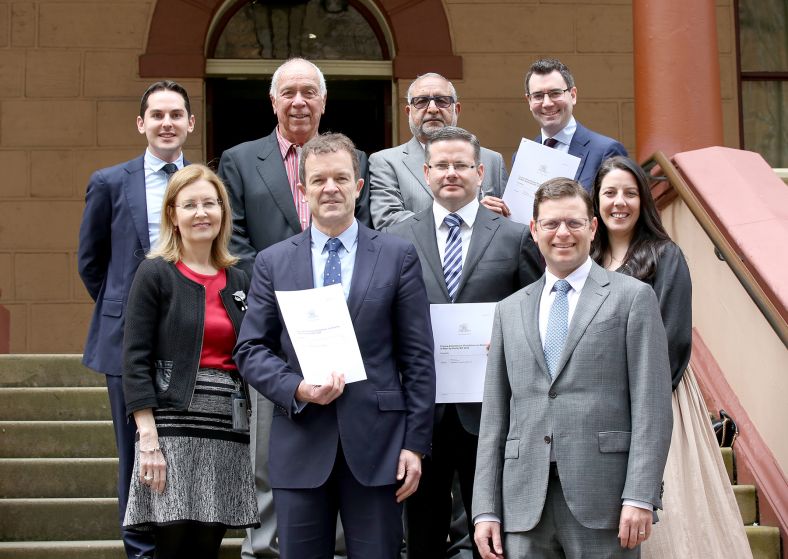 Attorney General Mark Speakman said the passing of the Crimes Amendment (Prohibition on Display of Nazi Symbols) Bill 2022 is a significant moment for survivors of the Holocaust and their loved ones.

“The events that occurred under the Nazi regime represent one of the darkest periods of recorded human history,” Mr Speakman said.

“The atrocities committed during that period are almost unimaginable, and the intergenerational trauma they have caused continues to be felt by many people today.

“This new offence sends a clear message that the display of Nazi symbols, and the hatred and bigotry they represent will not, and should not, be tolerated.

“This new criminal offence will provide important, additional safeguards against hate speech and vilification in our State.”

Mr Speakman said the Bill contains broad exceptions to allow Nazi symbols to be displayed where it is in the public interest in good faith, including for an academic, artistic or educational purpose.

Minister for Multiculturalism Mark Coure said the passing of this Bill is a victory for our state’s rich multicultural society.

“This Bill shows that our Government stands against the Nazi symbol and the hateful ideology it represents,” Mr Coure said.

“This bill will also protect those that use a swastika for religious and spiritual reasons including Buddhists, Hindus and Jains. It clearly states that the displaying of a swastika in connection with these spiritualties will not be deemed a Nazi symbol.”

Parliamentary Secretary to the Premier and Member for Vaucluse, Gabrielle Upton said; “I am so grateful that the Bill I introduced has swiftly passed through NSW Parliament to end the offensive and deplorable use of Nazi symbols in NSW including the Nazi flag”.

“The Government acted decisively to shield the NSW Jewish community against hateful vilification and the passing of the Bill is an important win for the strong Jewish community in my electorate.”

NSW Jewish Board of Deputies CEO Darren Bark said; “This is a historic day for New South Wales and a significant blow to those who promote hate and vilification in our community”.

“Nazi symbols are a gateway to violence and are used as a recruitment tool by extremists,” Mr Bark said.

“Banning their display is a long-overdue and much-needed law in our state. The perpetrators will finally be held to account.

“The legislation is also a game-changer in tackling online hate. It is time our tech companies step up and ensure these illegal symbols are removed from their platforms, and the offenders banned and prosecuted.

“We acknowledge and thank the NSW Government, the Opposition, the Hindu community and all MPs who joined together in taking a stand against hate, wherever it appears.”

Hindu Council of Australia national vice-president Surinder Jain said; “For the Hindu community, today is extra special. This legislation will not only protect our community from those who wish to cause harm, it frees our sacred swastika from its indoor prison”.

“For too long, the Hindu community has not felt comfortable to display our symbol of peace because it resembled a symbol of evil. This is no longer.

“We were so pleased to work with the Jewish community to make this a reality.

“Thank you to everyone involved in this important work for the benefit of our entire community.”