How to watch the funeral of Prince Philip, The Duke of Edinburgh

Prince Philip, The Duke of Edinburgh 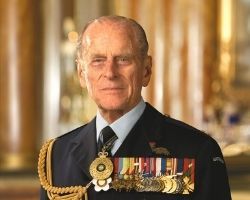 The funeral will begin with a National Minute’s Silence in the United Kingdom, preceded by a ceremonial procession inside the grounds of Windsor Castle.

The simplistic funeral is in line with The Duke of Edinburgh's personal wishes, with the occasion aimed at recognising and celebrating The Duke’s 99 years of life and his more than 70 years of service to The Queen, the UK and the Commonwealth.

It will be a Ceremonial Royal Funeral as was held for The Queen Mother, rather than a State Funeral – something that is generally reserved for Monarchs.

Find out the full details for The Duke of Edinburgh's funeral.

How to watch the funeral

The ABC will broadcast the ceremonial live and on ABC iView from 11pm on Saturday April 17 2021.

Please use the form to leave your message of condolence.