Many of our state’s regional areas have room to grow and are keen to draw in more investment, generate job opportunities and attract skilled workers. The government wants to make it easier and provide more choice for people to live and work in regional NSW.

In July 2018, the government releasedA 20-Year Economic Vision for Regional NSW, a comprehensive vision for regional NSW for the next 20 years and beyond. One of the key elements of the vision is better connectivity between regional centres, and from cities and international gateways.

Four potential routes have been identified as the starting point for investigation into a NSW fast rail network. They are: 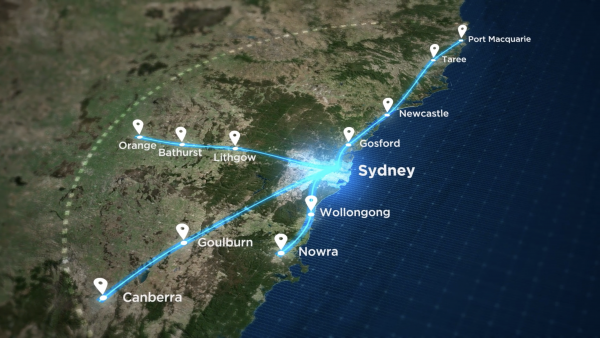 The NSW Government has appointed Professor Andrew McNaughton to lead an expert panel to provide advice to the Premier and Deputy Premier on how the government should best deliver a fast rail network to connect the state.

The panel will identify opportunities for regional growth and improved services, and present the blueprint for how the government will deliver the network. Four potential routes have been identified as the starting point for investigation into a NSW fast rail network. The panel will consider the possible network and advise on staging and delivery options.

Professor McNaughton has more than 45 years’ experience working on rail infrastructure projects. He is a Strategic Adviser to the UK’s High Speed 2 project and Chair of the International Railway Union World InterCity and High Speed Forum. Professor McNaughton previously served as Technical Director at HS2 from its inception in 2009, following eight years as Chief Engineer of the British rail network. 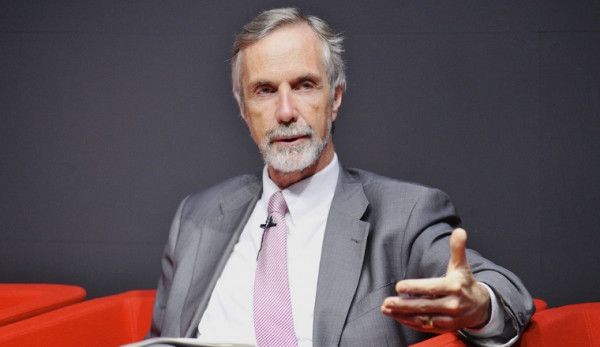 What can we learn from the UK?

High Speed 2 is a new high-speed rail network being built in the UK. The first phase between London and Birmingham will be completed in 2026. High Speed 2 promises to be a catalyst for economic growth. Faster and easier travel between Britain’s economic hubs in the north and south will better connect industries and people.

Companies will no longer need to be located in London once the cities of the Midlands and North of England are within an hour by fast, frequent and reliable train services. The design is putting people first - giving passengers, workers and communities more choice, flexibility, reliability, comfort and accessibility.

Community engagement has been a key part of designing better networks and services.

A NSW focus for fast rail

Long-distance fast and high-speed rail studies have been undertaken in Australia over many years. These studies have usually focused on linking the major Eastern Seaboard cities of Sydney, Brisbane, Canberra and Melbourne. These studies focused on rail as a competitor to air and road transport options. Most of the studies found that the costs and required ticket prices of an interstate high-speed rail network would be insurmountably high compared to likely customer volumes.

From strategy to delivery

The government is committed to moving from high-level vision to planning and on to delivery. The Fast Rail Network Strategy will present a blueprint for how the network could be delivered. Having a strategy will ensure future investment decisions on fast rail are well-considered.

Preparing the Fast Rail Network Strategy in 2019 is the first significant step in taking the network from vision to delivery. The government will commence work on the first stage of the fast rail network in the next term of government.

Upgrades and optimisation of existing rail routes and new fleet, with services of at least 200 km/h.

Dedicated high-speed rail, with new lines and routes, and possible speeds of over 250 km/h.

A staged approach to delivery

International experience has demonstrated that fast rail networks can be delivered in stages. Each stage delivers immediate benefits while stepping closer to the game-changing vision. We will start delivering improvements that step us towards the vision for a fast rail future.

The objectives of the Fast Rail Network Strategy will reflect A 20-Year Economic Vision for Regional NSW.

Thousands of people travel along passenger rail corridors in NSW every day, moving within regions, or between major regional centres and Sydney. Passengers travel for work, education, tourism, and to attend events or access services.

Our major regional centres and communities along rail corridors are important and vibrant parts of NSW. They offer diverse and affordable housing, access to employment and education, and lifestyle opportunities. The strategic planning and delivery of faster rail connections within regional NSW will increase the number of commuters, connect more people with regional NSW and alleviate growth pressures in Sydney.

The delivery of fast rail has the potential to slash travel times by up to 75 per cent. A selection of approximate travel times could be:

The Fast Rail Network Strategy will examine a range of funding options and smart staging to ensure each part of the fast rail network provides value for money and continues to progress the project.

Each funding option considered as part of the strategy will be assessed based on the estimated cost of the project in light of economic and other benefits to the community, and complementary revenue-generating opportunities. This is why it is essential for governments to map out options, identify priorities and plan for future stages of investment.

The NSW Government has an unmatched record for identifying and funding infrastructure. The infrastructure program is designed to make communities more liveable, connected and productive today, while laying the foundations for the NSW of tomorrow.

This investment pipeline, of $87.2 billion over four years to 2021–22, is the largest program ever undertaken by any state in Australia.

This record infrastructure program is possible because, since 2011, the government has worked tirelessly to rebuild the state’s economic fundamentals – bringing the budget back to strong surplus, eliminating government ;net debt and securing our Triple-A credit rating. Off the back of this financial strength, we have reshaped the role of government as an enabler.

There are more than 600 infrastructure projects underway or in planning and development, and long-term plans are in place through to the middle of the century. The NSW Government will continue to invest in infrastructure to make our communities great places to live, now and into the future.

The Shinkansen, or bullet train, opened in 1964 and was the world’s first high-speed rail line. The network has grown in phases and continues to expand after more than 50 years. The network has changed the pattern of business in Japan and increased tourism. It is estimated to have a US$19 billion economic impact per year.

The TGV opened in 1981 and connects more than 150 cities and towns in France, as well as cities in neighbouring countries. The combination of dedicated high-speed lines and mixed conventional lines has enabled the incremental growth of the network, increasing connectivity and improving regional services.

High Speed 1 (HS1) in the UK has transformed the prosperity of small towns and cities 100–150 kilometres from London. HS1 has been a catalyst for growth in the regions it serves, increasing the regional talent pool, and attracting investment and business into the regions.

Procurement is underway on new diesel trains to replace the ageing XPT, Xplorer and Endeavour rail fleets. These trains service passengers travelling between Sydney,
Canberra, Melbourne, Brisbane and major regional centres. They will be serviced by a new maintenance centre in Dubbo. The government is proceeding with this major
investment, which will complement the future fast rail network.

Brand new intercity trains will replace the 40-year-old silver sets that currently operate electric rail services between Sydney and the Central Coast, Newcastle, the Blue Mountains and the Illawarra. These new trains will provide more comfortable and modern features for intercity customers. The first of these trains will be arriving in 2019.