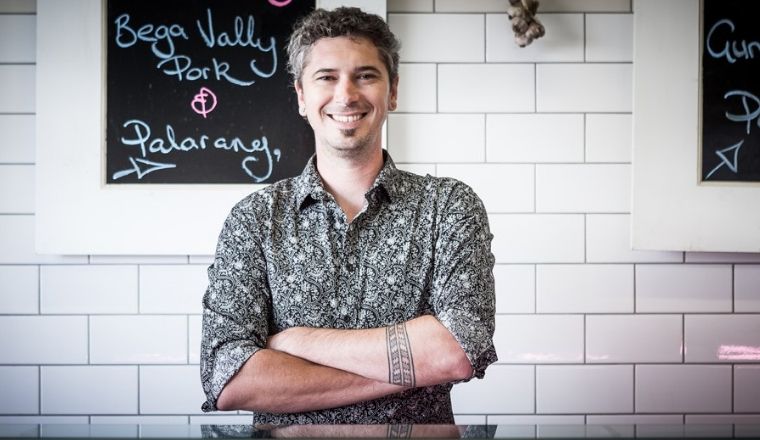 Living a busy life in Melbourne, Zak Sequoia and wife Suzy were longing for a change. Zak’s digital design agency was thriving but the couple yearned to leave the city.

“Houses are more affordable in the country and the lifestyle was what we were after. We wanted to raise kids in the country, so that was another driver,” Zak said.

The couple considered regional Victoria but Bega Valley in southern NSW, where Zak and Suzy regularly holidayed, ticked the boxes. Zak thought about buying a farm in the area but settled on Tathra – a beautiful town right on NSW’s south coast, where the couple pays $350 per week for a four-bedroom home with 180-degree ocean views.

After the move, two sons arrived, now four and eight years old and love to be at the beach every single day. Education hasn’t been a concern, with both children going to the same affordable nature-based private school.

“We would never be able to have the equivalent school in the city without paying more, and our eldest son, who is in year two, has incredible adventures into nature,” Zak said.

A self-described advocate for living and working in regional NSW, Zak believes that Australia’s future lies in people embracing the move to country or coast.

“Growth in cities puts pressure on the people living in them. Moving to regional hubs not only helps cities, but you get a better lifestyle, a cheaper house and a lower cost of living,” Zak said.

While Zak agrees that people in regions are friendly, “you get out what you put in” to local communities. He joined the Surf Life Saving Club and the local NSW Rural Fire Service which strengthened his bonds with locals.

“It was a pleasant surprise how welcome we felt. You see the same people all the time, so you are in each other’s lives, and together you celebrate or grieve, like we did after the recent fires,” Zak said.

Zak’s digital design job transferred seamlessly to the country. He spent his first four years starting work at around 10am in his home office, after a morning surf and a great local coffee. He has since developed his agency into a high-level consultancy and is a driving force behind the $750,000 Bega Valley Innovation Hub, a start-up incubator project run in conjunction with the University of Wollongong and funded by state and federal governments and local industry. Suzy meanwhile works as a freelance environmental consultant, undertaking projects for local councils.

The family often makes the 15-minute trip to Bega to visit the FunHouse Studio, to catch-up with friends, and take part in classes and events.

“You can do yoga, Zumba, Bollywood dancing nights, Spanish and hip-hop classes. They have tabletop games for young kids and music concerts. It’s the kind of thing you’d find in Fitzroy in the trendy suburbs of Melbourne,” Zak said.