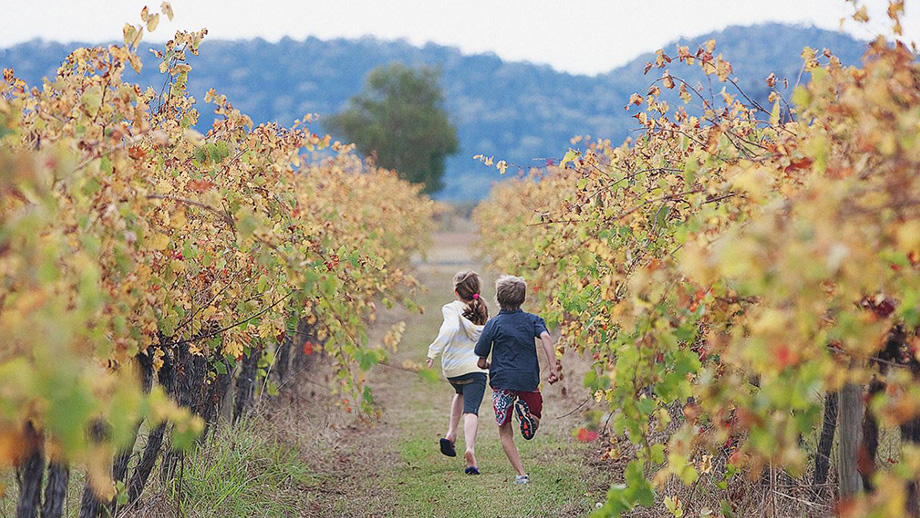 More than $500 million will be committed to support bushfire impacted communities in three stages:

Through Stage 1 – Early co-funded projects, $180 million has been committed to 72 priority projects supporting economic and industry recovery. These include:

Two viticulture industry recovery projects were solely funded by the NSW Government separate to BLER funding in addition to the 50 Sector Development Grants co-funded by the Commonwealth and NSW governments under the BLER Package. These two projects were competitively assessed as meeting the BIRP guidelines but were not co-endorsed by the Commonwealth for funding as they were located in LGAs not captured in the national Local Economic Recovery framework.

In total over $72 million has been committed to the 52 BIRP Sector Development Grants, 50 of which are co-funded with the Commonwealth government under the Bushfire Local Economic Recovery package.

The Stage 2 – $250 million BLER Fund Open Round will support projects that retain and create new jobs in regional areas, build resilience and increase preparedness for future bushfire seasons. It was open for applications from 47 fire-impacted NSW Local Government Areas between 27 October 2020 and 28 January 2021.

More than 650 project applications were received and are now going through a competitive/merit-based assessment process managed by the Department of Regional NSW. Successful projects will need to be approved by the Commonwealth government and are expected to be announced from June 2021.

The Program Guidelines were developed to allow projects submitted in high fire-impacted areas (especially those without a fast-tracked project in Stage 1 – Early co-funded projects) to be prioritised.

A final package of projects and initiatives to be agreed between the Commonwealth and NSW governments.

This list is also available in Appendix A of the Bushfire Local Economic Recovery Fund Program Guidelines.

The Commonwealth Government approved eligible LGAs at the national level. LGAs were disaster declared according to the level of impact experienced during the 2019-2020 bushfire season.

Under the roles and responsibilities of the national Local Economic Recovery (LER), the NSW Government is responsible for identifying and assessing local economic recovery projects for funding through new or existing programs.

The Commonwealth reviews and endorses projects proposed by the NSW Government that meet all the national Local Economic Recovery (LER) framework criteria.

Balance and need; alignment; enduring benefit; funding stream suitability; local participation, support and delivery; evidence base; and feasibility. For more details about each of the national LER framework criteria is available on the National Bushfire Recovery Agency website at  bushfirerecovery.gov.au/local-recovery-projects

The bushfire recovery effort in NSW is broad and has been deliberately staged to ensure the immediate, medium and long term needs of impacted people and communities are met, no matter where they live.

The Commonwealth Government requested the state governments in the bushfire-impacted states identify priority, shovel-ready projects for early co-funding. This was to enable funding to be provided more quickly to projects that had been previously assessed, were ready to commence and would deliver economic benefits to the region.

The Department of Regional NSW worked with Resilience NSW, local councils, the National Bushfire Recovery Agency (NBRA) and other stakeholders to identify potential shovel-ready projects that aligned with the national Local Economic Recovery (LER) framework criteria and were suitable for early co-funding.

Projects were identified from a range of sources such as Local and Regional Recovery Action Plans, existing NSW Government programs and directly from councils.

BIRP funding has been committed through two streams: Sector Development Grants and Supply Chain Support Grants. Both streams will facilitate the immediate,  medium and long-term rebuilding of regional NSW’s agricultural industries by:

The Sector Development Grants program was an open, competitive, time-based  application round for project grants between $50,000 and $10 million. Program guidelines were published on the Department of Regional NSW website and applications were open from 19 May to 26 July 2020.

In total, 178 applications were submitted and put through a competitive and merit-based assessment process led by the Department of Regional NSW.

50 industry projects were identified through the open application and competitive assessment process and co-endorsed by the Commonwealth for funding under the BLER Package.

Two viticulture industry recovery projects that were competitively assessed as meeting the Bushfire Industry Recovery Package guidelines were not co-endorsed by the Commonwealth for funding as they were located in LGAs not captured in the national Local Economic Recovery framework. As these meritorious projects met the published guidelines and supported the viticulture industry recovery, NSW solely funded them separate to BLER funding.

Program guidelines were published on the Department of Regional NSW website and the program was advertised across print, radio, digital and social media.

Over 650 applications were received, requesting more than $1.6 billion in funding, and are being put through a competitive and merit-based assessment process led by the Department of Regional NSW.

Community feedback was that the original application closing date was too tight for many organisations. The application extension provided potential applicants with more time to develop applications in order to deliver meaningful projects for their communities.

All BLER applications will be assessed by the Department of Regional NSW. Where  necessary, independent advice will be sought on specific projects. The Bushfire Local   Economic Recovery Assessment Panel will review project eligibility and assessment outcomes and form a proposed package of suitable projects for each bushfire impacted area.

The Panel will submit the proposed package of suitable projects to        the NSW Government and the National Bushfire Recovery Agency for review. The final funding approval will be made by the NSW Government.

If successful you will be required to enter into a funding deed with the NSW Government which will outline your reporting, work and legal requirements to receive your grant funding. An example funding deed is available on our website at the link below Sample Funding Deed (PDF, 728.81 KB) and we recommend that all applicants should review the deed prior to submitting their application.

Reporting requirements can be found in the Sample Funding Deed (PDF, 728.81 KB)

Successful applicants are required to submit quarterly progress reports during the    project period.  After the project is completed you will be required to participate in  the program evaluation, determining the extent to which the project has achieved its stated objectives.  Any information submitted by an applicant may be used for promotional material prepared by the NSW Government or the Commonwealth Government.

As part of the application process you are required to identify how you will report on the delivery against the projects expected outcomes, this will be incorporated into your Funding Deed. The information will also form part of the assessment process.

Projects must be delivered by 30 June 2023. Requests for variations or changes to the project will only be considered by the Department in very limited circumstances.

No. More than 650 applications were received, seeking over $1.6 billion – more than six times the total $250 million funding available.

Projects may be approved for partial funding where this is considered appropriate, or where costs included in an application were ineligible and the project as a whole was considered to be suitable for funding.

All applications need to demonstrate that the project will commence within six months of the funding deed being executed by the Department of Regional NSW.

Projects need to be completed by June 2023.

A final package of projects, programs and initiatives to be agreed between the Australian and NSW governments.

The Department of Regional NSW (DRNSW) received over 650 applications for the Stage 2 - $250 million BLER Fund, requesting more than $1.6 billion in funding. Due to the large volume of applications received and demand for funding, DRNSW is seeking comment from the NSW and Federal Members of Parliament responsible for eligible bushfire-impacted regions on project applications within their electorates. Members of Parliament have unique insights into the priorities of the communities they serve. This information will provide additional context for the Assessment Panel as they seek to balance projects against the available funding and community need.

Seeking input from the Members of Parliament is not expected to impact the original assessment timeline. Successful project announcements are planned from June 2021.

Members of Parliament must inform the Department of Regional NSW (DRNSW) as soon as becoming aware of a perceived  or actual conflict. DRNSW will manage the actual or perceived conflict in accordance with relevant codes of conduct and the probity requirements for the Stage 2 - $250 million BLER Fund.

For project applications that have a regional focus relevant Members of Parliament will be invited to provide a comment on the relative importance of the project to their electorate. Where project applications have a focus that is wider than a single region (i.e. NSW wide or all bushfire-affected Local Government Areas in NSW), Members of Parliament will not provide input.