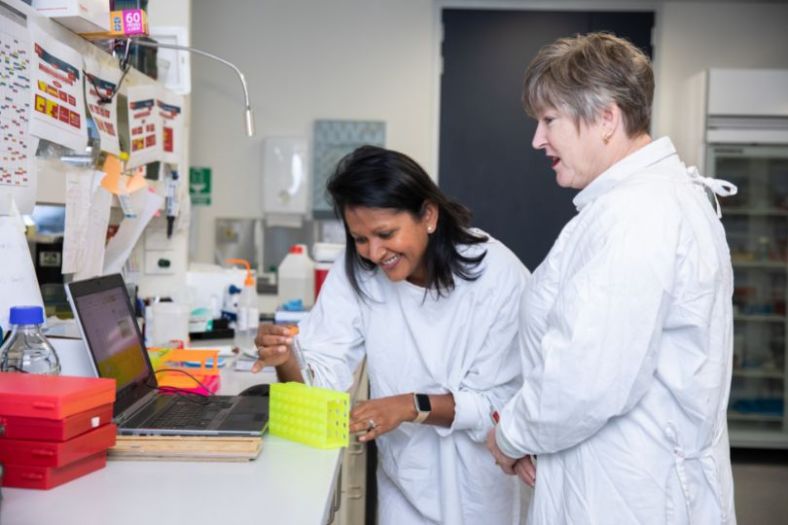 Reducing the disparity in labour market outcomes between men and women will take concerted efforts by government, the private sector and the community to address both structural and cultural barriers that prevent women from entering, re-entering and staying in the workforce.

To improve women’s economic opportunities in the labour market, the NSW Government will undertake major reforms to transform the State’s early childhood education and care system, and to create pathways for women from regional New South Wales and diverse backgrounds to translate their skills into secure employment. These reforms will unlock major opportunities for women to be able to genuinely choose to work, care for loved ones or do both.

Universal affordable and accessible early childhood education and care is the biggest lever available to make sure women do not have to choose between having a family and a career. It is also one of the most important ways to give children the best start to life and open lifelong opportunities for people from their earliest years.

The newly elected Commonwealth Government has signalled its intention to significantly increase its support for the early childhood education and care sector. New South Wales has an opportunity to maximise the federal demand-side investment with complementary supply-side responses, and to work together to realise the benefits of early childhood education and care system reform.

The NSW Government will work with the Commonwealth Government to ensure that the fee relief outlined in this section will be in addition to Child Care Subsidy payments.

As the Commonwealth Government makes these game changing new investments, NSW Government is also investing in our early childhood education workforce. Early childhood educators and teachers are there for families every day. Most are women, all are highly skilled and too many are not rewarded well enough for the vital work they do.

NSW Government wants to make early childhood education a career of choice for a whole new generation of teachers and educators.

To deliver on this vision, the NSW Government will make a landmark investment of up to $5 billion over 10 years to boost access and affordability of childcare.

Childcare providers will be able to bid for funding through a competitive process to help them deliver more accessible and affordable childcare. Funding guidelines will be determined following extensive consultation with early childhood education and care sector and the Commonwealth Government.

However, funding is intended to be used to expand infrastructure in overcrowded centres, establish new centres in childcare deserts, employ staff or reduce the fees passed on to parents facing some of the highest disincentives to return to the workforce because of childcare costs.

Support will be targeted at areas with low levels of childcare accessibility and where households face the highest financial barriers to working as a result of childcare costs.

To provide industry and families confidence, the State’s investment will be made through the Affordable and Accessible Childcare and Economic Participation Fund (the Fund), which provides long term funding arrangements. This will mean that NSW families and childcare service providers can plan and invest with confidence.

Investment from the Fund will be guided by expert independent reports and Department of Education data, which will underpin a long-term plan for the expansion of the childcare system in New South Wales.

It is expected that this funding, together with proposed Commonwealth Government reforms, will support the delivery of about 47,000 additional ongoing and affordable childcare places, ramping up over several years.

An equivalent middle-income family living in regional New South Wales in a childcare desert with two children in care that benefits from the Fund could potentially save up to $7,800 a year in childcare costs.

These estimates are dependent upon the final design of the Fund, market dynamics, and interactions with Commonwealth assistance.

The Fund is designed to provide flexibility on funding, so that it can complement the Commonwealth Government’s childcare policy framework.

However, as demonstrated by the accessibility challenges of childcare services in parts of New South Wales and the high workforce disincentive rates faced by secondary income earners, it does not address all issues.

Research suggests this is likely driven by workforce issues, difficulty in suppliers responding to demand because of the structure of the industry, and the short-term nature of demand167.

These issues can be addressed through financial support programs targeting providers, which is what the Fund is designed to do.

To that end, the NSW Government will invest $775 million over the next four years.

From 2026-27 onwards, and following a comprehensive evaluation, the NSW Government will invest an amount recommended by an independent expert to ensure NSW families have adequate access to childcare at affordable prices to maximise workforce participation, capped at $650 million a year indexed to Consumer Price Index (CPI).

Quality preschool helps set a child up for the rest of their education and beyond.

Starting in 2023, the NSW Government will deliver nearly $1.3 billion over four years in fee relief for families with children in preschool.

The NSW Government will continue fee relief for children in community and mobile preschools, with up to $4,000 available for children aged 3–5.

It will also continue to provide the equivalent of five days a fortnight of affordable preschool for all children in Department of Education preschools.

New South Wales will extend preschool fee relief to children aged 4–5 in long day-care, with up to $2,000 available per child.

The NSW Government will also invest in a two-year trial from 2023 to support long day care services to enable more 3-year-old children to participate in a preschool program.

These investments are in addition to the already-announced new funding to deliver the Preschool Reform Agreement’s goals of increasing preschool access attendance and quality in the year before school.

Universal pre-kindergarten in the year before school

The NSW Government will set aside $5.8 billion over the next 10 years as an investment towards the establishment of a universal pre-kindergarten year for all children across the State.

This will build on and transform our current preschool system to ensure all children, families and communities in New South Wales experience pre-kindergarten as a shared, life-changing start to their education journey.

The NSW Government is committed to introducing up to five days a week low or no-cost pre-kindergarten available for all children in the year before school by 2030.

This reform will give families access to affordable early learning for their children in the year before school starts. It will support children to be successful, competent and capable lifelong learners, and its increased accessibility and affordability will support parents in returning to work.

Pre-kindergarten will form a critically important part of the State’s education system. The reform will ensure all children in New South Wales start primary school on a solid foundation of early learning, regardless of their family’s wealth or circumstances. This will help set students up to achieve greater outcomes throughout their school years and later in life.

The NSW Government will invest an additional $98.7 million to increase support for existing ACFCs and build new centres to deliver culturally safe services and support for First Nations families with children aged 0–8.

Investing in the workforce

Prior to COVID-19, it was predicted that an extra 10,500 educators and 3,150 additional degree-qualified early childhood teachers would be needed in New South Wales by 2023. This number is expected to be even higher in the wake of the pandemic.

To address staffing shortages across the early childhood education and care sector, the NSW Government will invest $281.6 million over four years to attract more employees to the sector and retain current teachers and educators.

This funding is expected to benefit over 18,000 future and current early childhood teachers and educators and will be used across a range of programs including:

To ensure the success of this workforce investment, the NSW Government will partner with tertiary and VET providers to streamline and fast-track pathways into the sector to boost the high-quality workforce pipeline.

The NSW Government will also continue to advocate for the Commonwealth Government to increase the transparency of data relating to the early childhood education and care workforce, in order to support continuous improvement in policies and investments in this area.

The NSW Government is committed to providing every child access to before and after-school care programs, to give parents more flexibility and offer students more opportunities to participate in sport, art or other extra-curricular programs.

The before and after-school care challenges are often exacerbated for women living in regional New South Wales because of the long distances that exist between schools and homes and the dispersed demand that can make service establishment and investment unviable.

To help remove this barrier for women in regional communities, the NSW Government will invest $37.9 million over three years to 2024-25 to:

Women returning to the workforce after lengthy stints out of paid employment as full-time parents, carers or for other reasons often face barriers to re-entering the workforce. However, the needs of women are unique, and each individual’s circumstance means that any support must be tailored to meet the individual needs.

As part of its economic recovery response to the COVID-19 pandemic, the NSW Government established the Return to Work Program, which provides grants to support women to overcome these barriers to returning to the workforce after extended periods away.

The NSW Government will build on the success of this program by investing a further $32 million to support women to enter or return to the workforce. The enhanced program will continue to provide one-off grants of up to $5,000 for women to cover the cost of common financial obstacles in returning to work, including:

For women who experience persistent difficulty in finding steady employment, the NSW Government will provide extra assistance through wraparound supports including connecting women to services, training and employment.

The program is expected to support up to 6,000 women to return to the workforce.

Harnessing the economic opportunities for women from diverse backgrounds

Many of these social enterprises employ staff that may otherwise struggle to find employment, providing training and education on the job to improve their long-term career prospects. Others produce resources and deliver services that help women enter the workforce or otherwise improve their financial literacy and security.

In 2021-22, the NSW Government established the $30 million Social Impact Outcomes Fund (the Fund) which allows the Government to partner with social impact providers (including social enterprises) to deliver high-impact programs.

The first investment round focused on advancing the social and economic wellbeing of women facing disadvantage.

To support the development and growth of NSW’s emerging social enterprise sector, the NSW Government will set aside $1.29 million from the Fund to deliver competitive grants to social enterprises that improve economic opportunities for women facing disadvantage, to help them develop, grow or scale up and maximise their social impact in the State.

Opening work opportunities for women in the regions

Women in regional New South Wales can face different challenges to participating in the workforce. These challenges include demand for childcare services significantly outpacing supply, as well as lack of access to before and after-school care services.

Though many of the initiatives outlined in this Statement will help women right across the State, several will particularly benefit families in regional areas and enable more women in regional areas to participate in the workforce.

For example, investment addressing barriers to accessing regional early childhood education and care, and investment in transport solutions to improve access to before and after-school care services, will specifically benefit regional and rural.

It also provides opportunities for rural women to connect and develop skills and knowledge by supporting and delivering key high-profile initiatives and events which are well-recognised by rural women of New South Wales. 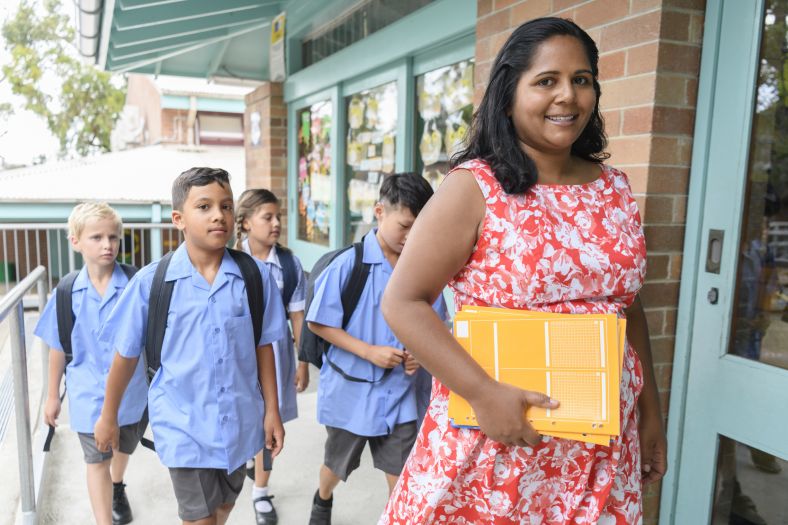 keyboard_arrow_left
Previous
Priority areas for reform
Page 20 of 27
keyboard_arrow_right
Next
Priority 2: Improve the experience of women in the workforce
Top of page north