The State Funeral for Carla Zampatti AC was an important opportunity to honour the legendary Italian-born Australian fashion designer, who was a trailblazer for the Australian and global women’s fashion scene for more than 50 years.

She produced her first small collection in 1965 and by 1970, the fashion house Carla Zampatti Pty Limited was born. Her designs have been worn by Australia’s most influential women, from prime ministers and premiers, to business leaders, dignitaries, royalty, celebrities and everyday women.

Carla Zampatti is the mother of three children and nonna to nine grandchildren. 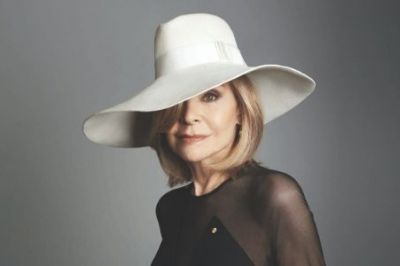 Headshot of Carla Zampatti in a black dress and white hat

Born on 19 May 1942 in Lovero – about 100 kilometres from the Italian fashion capital of Milan – Carla Maria Zampatti lived a life devoted to fashion, arts and creativity.

Her family moved to Western Australia in 1950 and after moving to Sydney in her 20s, Carla produced her first small fashion collection in 1965. Two years later, the fashion house Carla Zampatti Pty Limited was born.

She was a champion of Australian women and a multicultural success story – born in Italy and raised in Australia, Carla thrived as a businesswoman through enormous radical and social change, designing clothes for women fighting for liberation through the women’s rights movement in the 1960s to empowering women today in leadership, the workplace, in their home and at major life events.

Her designs have been worn by Australia’s most influential women from Prime Ministers and Premiers to business leaders, dignitaries, award-winning journalists, royalty and celebrities.

For more than 56 years, Carla made women feel amazing in her creations, so they had the confidence to take on the world.

In 1980 she was Australian Businesswoman of the Year. And in 2008, Carla was awarded the Australian Fashion Laureate Award, an initiative of the NSW Government and IMG Fashion recognising outstanding achievement and is the highest honour in the Australian fashion industry.

In 2004 the Government of Italy appointed her a Commander of the Order of Merit of the Italian Republic.

On 26 March 2021, Carla Zampatti attended the opening night of La Traviata at Mrs Macquarie's Point on Sydney Harbour, where she was injured after a fall. She was taken to St Vincent's Hospital where she passed away on 3 April 2021.

Carla Zampatti is the mother of three children Alexander Schuman, Bianca Spender and Allegra Spender from her marriages with businessman Leo Schuman and former Australian lawyer, politician and diplomat, John Spender. She is also the proud Nonna of nine grandchildren.

Watch the State Funeral for Carla Zampatti AC, which was held on Thursday 15 April 2021.

The family has requested that in lieu of flowers, donations be made to the Sydney Women’s Fund.