What is modern slavery?

Modern slavery is a serious violation of an individual’s dignity and human rights. Exploitative practices including human trafficking, slavery, servitude, forced labour, debt bondage and forced marriage are all considered modern slavery and are serious crimes under Australian law.

The International Labour Organization estimates there are more than 40 million people in modern slavery conditions worldwide.

Modern slavery is not confined to far-off places. Sadly, it occurs in Australia, with the Australian Institute of Criminology estimating that up to 1900 people were living in conditions of modern slavery in 2015-16 and 2016-17.

What is the NSW Government doing about modern slavery?

The Modern Slavery Act 2018 (NSW) recognises modern slavery is prevalent around the world and in NSW, and sets out steps to ensure NSW is not contributing to these crimes.

The Act signals a commitment to promoting a safe and fair society for everyone. It establishes appropriate state-based responses to drive genuine change to combat modern slavery.

The Act seeks to tackle modern slavery occurring in NSW and in the supply chains of NSW organisations – whether that conduct occurs within the state, the country or internationally.

Some of the Act’s directions include:

The Act has not commenced and so its directions are not yet in force. On 6 August 2019, the Legislative Council Standing Committee on Social Issues announced an inquiry into the Modern Slavery Act 2018, the Modern Slavery Amendment Bill 2019 and Modern Slavery Regulation 2019. The NSW Government’s response to modern slavery will be shaped by the Committee’s recommendations.

What will business need to do?

All organisations share the collective responsibility to guarantee their goods and services are not products of modern slavery.

Few businesses would knowingly deal with suppliers that use such exploitative practices, and most Australian consumers would be dismayed to think there may be modern slavery in the supply chains of goods they purchase.

The Modern Slavery Act 2018 asks organisations to identify the risk of modern slavery occurring in their operations and supply chains and set out the steps they are taking to address the risk.

On commencement, the Act and corresponding regulations will require commercial organisations with employees in NSW and an annual turnover between $50 million and $100 million to submit a statement to the Anti-Slavery Commissioner. The statement must outline the steps they have taken to reduce the risk of modern slavery across their operations and supply chains.

The NSW Government is working closely with the Australian Government to ensure the NSW and Commonwealth responses to modern slavery are consistent and complementary.

The NSW Modern Slavery Act directs all NSW Government agencies to respond to the risk of modern slavery in the products they buy and the services they provide.

As one of the largest procurers of goods and services in Australia, the NSW Government’s actions can make a difference around the world. 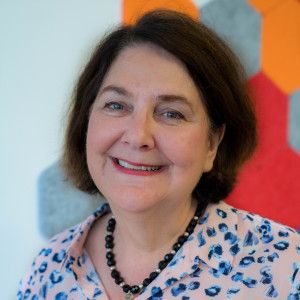 Professor Jennifer Burn is the Interim Anti-Slavery Commissioner for NSW with responsibility to drive the implementation of the NSW Modern Slavery Act in readiness for the commencement of the Act.

Jennifer is Professor of Law at the University of Technology Sydney (UTS) and former director of Anti-Slavery Australia at UTS. Anti-Slavery Australia is a university based law and research centre dedicated to advancing the rights of people who have experienced all forms of modern slavery including human trafficking, slavery, servitude, forced labour and forced marriage.

As a practicing lawyer, Jennifer has provided direct legal representation to hundreds of men, women and children in Australia. Jennifer has substantial experience as a human rights lawyer and academic with over 17 years researching and practicing in the area of human trafficking and slavery. She convenes a subject within the UTS Faculty of Law, ‘The Law of Human Trafficking and Slavery’.

Since 2008 Jennifer has been an inaugural member of the Australian Government National Roundtable on Human Trafficking and Slavery.

She has received multiple awards including the 2016 UTS Deputy Vice Chancellor’s Medal for Research Impact.