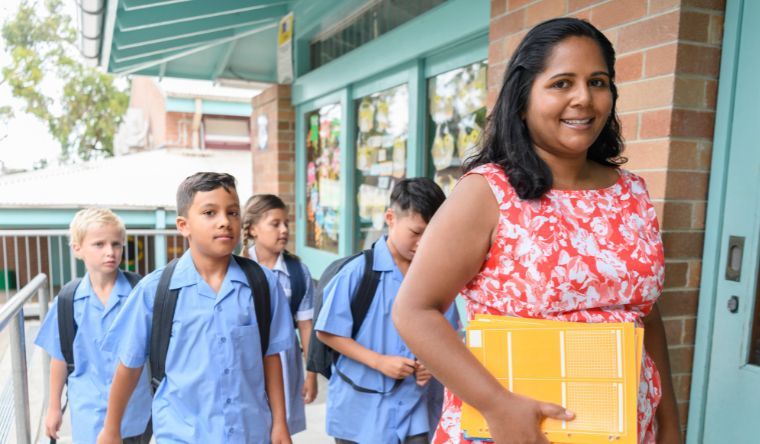 In 2020, as part of the COVID-19 response to address gaps in the Commonwealth Government’s childcare support package, the NSW Government increased its funding for preschool to ease cost-of-living pressures for families.

Under the program, eligible families received 15 hours of preschool per week at no cost to them.

Services which receive this funding are required to provide at least 600 hours of fee-free preschool per year for families, which is equivalent to approximately 15 hours (or two days per week).

Before and after-school care

The NSW Government has a range of grant programs to support before and after-school care providers, address demand, and provide access to every NSW primary school child who needs it.

These include a Transport Grant which funds solutions to improve access, particularly for students in small, regional and rural schools, out-of-school hours care hubs to deliver services on school sites, and an Establishment Grant to encourage the creation of new services.

In February 2022, the NSW Government announced a voucher scheme to assist families with the cost of before and after-school care until June 2023.

Under the scheme, families with children aged 4–13 are eligible for a $500 before and after-school care voucher for each child.

Eight schools will participate in an NSW Government research pilot exploring ways to better meet the needs of students and their families through a longer school day158.

Participating schools will be partnering with community organisations, local businesses and sports clubs to offer a range of activities to students outside of standard school hours.

The pilot is supported by research into effective extended hours programs in Australia and overseas and will run in Terms 3 and 4 of 2022.

In 2020, the NSW Government announced a $10 million Return to Work Program (the Program) to help women get back into the workforce.

Under the Program, women who had been out of work for at least one month could apply to receive support from a Return to Work Coordinator to map out a pathway back to employment, including referrals to a range of support services, employment programs and access to a grant of up to $5,000.

Women used these funds to overcome barriers that were preventing them from working.

These barriers included not having essential equipment like laptops, office supplies and suitable clothing, costs associated with childcare, a lack of up-to-date training and skills, and access to enabling services like internet connection or transport.

In 2021-22 the NSW Government established a $30 million Social Impact Outcomes Fund to pilot a range of social impact investments, with an initial focus on advancing the social and economic wellbeing of women experiencing disadvantage and improving educational and job readiness outcomes for First Nations young people.

The ISLP was co-designed by the NSW Government and industry and is managed by Training Services NSW. The ISLP is mandatory for all NSW Government infrastructure projects.

Under this program, ambitious skills, training and diversity targets have been set, including a requirement that 2 per cent of the trades workforce are women for contracts valued at over $100 million.

The ISLP projects are exceeding many of the program targets. For example, on average women now account for 4 per cent of the trades workforce across key ISLP projects159.

The NSW Government currently has a range of programs that support women to secure work in a diverse range of industries; in particular, the agricultural sector. Currently, only 31 per cent of workers in the NSW agricultural industry are women.

The Department of Regional NSW has a range of programs (such as the Generating Regionally Outstanding Women and Ladies of the Land programs) that provide professional development, leadership training and practical hands-on experience for regional women wanting to enter the agricultural sector.

Rural Youth Ambassadors in regional towns across the State coordinate out-of-school-hours programs in their towns through organising extra-curricular activities, pooled transport to and from off-campus childcare providers, and other approaches to caring for children outside of school hours.

In 2020, the NSW Government announced the NSW Carers Strategy for 2020-30, which supports people in New South Wales who provide ongoing unpaid support to people living with disability, chronic illness, mental illness or frail age. In New South Wales, women make up 57.9 per cent of these carers.

The priorities aim to help carers have better access to information, services and supports, ensure carers are recognised, respected and empowered, have improved financial wellbeing and economic opportunities, and better health and wellbeing.

Action plans are published every two years, outlining initiatives to drive better outcomes for carers across these priorities.

Highlights of the 2020-22 Action Plan include awareness campaigns for culturally and linguistically diverse and First Nations carers to help spread awareness of the assistance and services that are available to carers, the creation of educational material to help carers navigate complaints and appeals pathways, and a financial literacy project to help carers build their financial capability and confidence.

The NSW Government is committed to making the State’s public service a best-practice employer of women.

This will both improve the economic opportunities of the more than 283,000 women that work in the NSW public service and lead the private sector in adopting policies and programs that help female employees.

In 2016, the NSW Government committed to making all roles flexible on an ‘if not, why not?’ basis, in a way that maintains or improves service delivery, to support women to balance work with other responsibilities and priorities.

In July 2021, the Government adopted gender-neutral paid parental leave, offering primary carers of all genders 14 weeks of paid leave within 12 months of birth, adoption or surrogacy.

The secondary carer is currently entitled to two weeks, and an additional 12 weeks if they assume primary caring responsibility. Paid domestic and family violence leave is also available to employees for 10 days per year.

The NSW Government is also committed to achieving gender parity in senior leadership roles in the public service.

In April 2022 the NSW Government also introduced gender diversity targets for State Owned Corporation and Public Financial Corporation boards, aiming for women to sit in no less than 40 per cent of positions on each individual board, and 50 per cent of board positions overall.