Learn about the different types of strata meetings, including annual general meetings and strata commenting meetings, and why you should get involved. 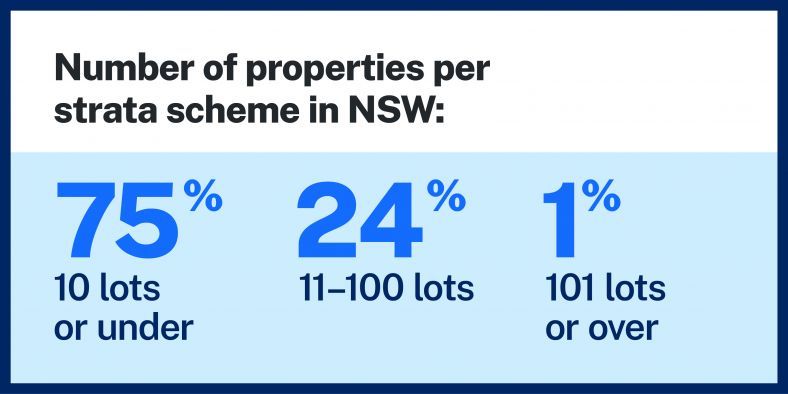 Why should I attend meetings?

If you own a strata property, attending meetings will allow you to be involved in decisions that may shape how you live in the scheme.

If you are unhappy with any part of the scheme, you can ask to get your issues on the meeting agenda. This is so they can be discussed and solved.

There are different kinds of meetings that owners in a strata scheme can get involved in.

The owners corporation in every strata scheme must hold at least one meeting every year. This is called an annual general meeting (AGM).

Owners will discuss finances at AGMs. They will vote on setting levies and any money needed for upcoming repairs or maintenance.

You may also talk about the insurance policies the scheme holds and how to fix any safety issues.

The scheme’s strata committee will be elected at an AGM. The strata managing agent or building manager can also be appointed at these meetings.

Other matters that affect the scheme can also be discussed. For example, changes to by-laws, disputes between residents.

They usually discuss specific agenda items that needs agreement from owners and cannot wait until the next AGM.

Owners can contact the owners corporation to ask for a general meeting. They must ask in writing. Also, they must hold at least a quarter of the scheme's total unit entitlement (they can ask as an individual or a a group of owners).

The secretary or strata committee can call a general meeting at any time.

How to get involved in meetings

Before a meeting of the owners corporation, the secretary or strata committee must tell every owner and tenant that a meeting will happen.

The notice must include a detailed agenda for the meeting.

The secretary or strata committee can tell owners that a meeting will be held by giving them a written notice and agenda document. They can give it by hand, email, post, or by putting the documents on the noticeboard, if the scheme has one.

Owners must get notice at least seven days before the meeting is held.

If you’re not being notified, contact the strata committee secretary or strata managing agent to confirm you’re on the strata roll.

What if I can’t attend but still want to participate?

First, check the notice of the meeting. See if there is an option to participate remotely (for example, by video conference).

If these options don’t suit your needs, write to the strata committee. You can ask about other options available, like a ‘pre-meeting vote’ or a ‘proxy vote’.

A pre-meeting vote records all participating owners’ votes before a meeting. It can be cancelled out if the issue voted on is changed at the meeting.

A pre-meeting vote can’t be used to elect members of a strata committee, that must be done at the meeting itself. For more details, visit the How to run a strata meeting page.

A proxy voter is somebody who can attend and vote at a meeting on your behalf.

To appoint a proxy voter, complete a proxy appointment form (PDF, 163.15 KB) and give it to the secretary.

For large schemes (with more than 100 properties), you must give the form to the secretary at least 24 hours before a meeting. In other schemes, you can hand it over before the meeting starts.

Also, in a large scheme, the person you nominate can’t already hold a proxy vote for more than 5% of the total number of properties.

If you are in a scheme with 20 properties or less, the person you nominate can’t already hold a proxy vote for someone else.

How can I get information about decisions?

The secretary of the strata committee must take minutes at every meeting. They must explain what was discussed and voted on, and the result of each vote.

These minutes will be given to all owners within 7 days after the meeting.

If you’re a tenant, you can attend meetings of the owners corporation.

If you’re not receiving notice about meetings, contact your landlord or leasing agent. Make sure they have included you on the strata roll. They must do this within 14 days of leasing the property to you.

Tenants can’t vote on issues unless an owner has given you a proxy vote. They can be asked to leave a meeting when scheme finances are being discussed.

Tenants must ask the owners for permission to speak at a meeting. More than 50% of owners must vote in favour to allow a tenant to speak.

If tenants occupy 50% or more of the properties in a strata scheme, they can appoint a tenant representative. The representative can attend strata committee meetings and speak on tenants’ behalf.

Getting a tenant representative

Tenant representatives can’t vote in a strata committee meeting. They can be asked to leave when financial matters are discussed.

They don’t need permission to speak at a meeting.

The secretary or strata manager (if there is one) must organise a meeting to elect a tenant representative if 50% or more of the properties in the scheme have tenants.

They must send notice of the meeting to each tenant listed on the strata roll. Or they can post the notice to the scheme’s noticeboard (if there is one).

The meeting to elect a tenant representative must be called at least 14 days before an AGM.

Tenants must get notice of the meeting at least seven days before it is held. To appoint a tenant representative:

The tenant representative’s term starts at the end of the AGM. It ends at the next AGM, unless they move out of the scheme or resign in writing to the owners corporation.

Landlords can’t stop their tenant from becoming a tenant representative.

What happens at meetings

The chairperson on the strata committee is responsible for running meetings.

They will first make sure that there are enough people for the meeting to go ahead. They will then go through the items on the meeting agenda.

This usually covers the scheme’s finances, planned repairs and maintenance, levies, insurance, safety inspections and any other issues that owners wish to discuss.

Many of the items covered will need owners to vote.

The chairperson may ask you at the start of the meeting if you are entitled to vote.

You are not eligible to vote if you have note paid your levies. In some cases your vote can be overruled by someone using a ‘priority vote’.

In strata schemes, owners’ voting power is either based on one vote per owner (for an ordinary resolution) or is based on 'unit entitlement' (for a special resolution).

Every property in a scheme has a ‘unit entitlement’ value. This value represents the share of the strata scheme that you get when you buy the property.

You can find your unit entitlement by looking at your property on the strata plan.

There are different types of proposals that can be voted on at a meeting.

Some common examples include approving the amount of levies you will be charged, approving plans for repairs, or approving a change to a by-law.

Different proposals will require a different number of owners to vote in favour, based on their unit entitlement:

Any voter can call for a 'poll' before or just after a vote tales place. Calling for a poll changes a vote by general resolution so that it uses unit entitlement, instead of one vote per lot.

Raising a matter for discussion at a meeting

If you have an issue you would like to raise for discussion at a meeting, like a by-law breach, you should first contact the strata committee secretary or the strata managing agent.

For tenancy issues, contact your landlord or real estate agent.

The strata committee may be able to deal with the matter directly, if they have the authority.

If the matter needs to be taken to a vote at a meeting, you will need to submit a motion to the strata committee secretary.

A motion is a proposal for discussion and vote that gets added to the agenda for a meeting.

To write a motion, you must include:

A motion can be rejected by the strata committee if proper notice is not given, or it would conflict with an existing law.

A motion can be rejected by the strata committee if you do not submit it before notice of the meeting is sent to owners, or if it conflicts with an existing law.

You can change a motion that you have already submitted at the meeting, but you can’t change the motion topic.

Eligible voters will then vote on the amended motion at the meeting. Any pre-meeting votes on the original motion will no longer apply.

You can’t put forward a new motion in a meeting. It must be left for the next meeting to give people time to properly consider it.

Find out about strata announcements, recently published resources and more. You can also subscribe to other newsletters of interest.

Sign up to the "Strata and community scheme updates newsletter"